Got some free time in Fort Worth? Want to explore campus landmarks? Check out these places. 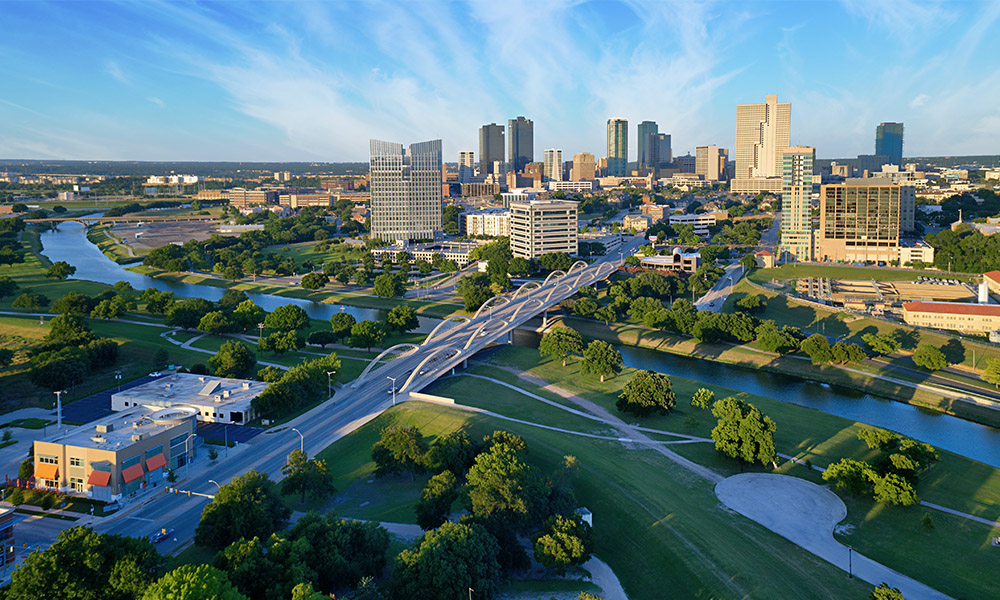 Fort Worth is known as the city of cowboys and culture, the place “where the west begins.” Want the true Texas experience? Check out some of the reasons why we love our hometown.

See the twice-daily cattle drive; dine at famous Tex-Mex and barbecue establishments; get rowdy at some epic honkytonks. The historic Stockyards is the real deal, offering a glimpse of the old Texas you've seen in classic westerns.

A hub for fans of the arts, Fort Worth boasts numerous world-class art museums. The cultural district is also home of the Fort Worth Botanic Garden, Trinity Park, and the lively West 7th bar scene. You can also check out Clearfork for a modern dining and shopping experience.

Our walkable, vibrant downtown was named best in the nation by Livability.com. and Sundance Square is right in the middle of all. There's always something going on — whether it's a performance at Bass Hall, live music, a festival, a parade or just people enjoying life.

The cool, eclectic side of Fort Worth lies within the Hospital District in the Near Southside. Unique restaurants and watering holes from independent and family-owned businesses bring out the soul of the city.

There are so many more things to do. Jump over to our friends at Visit Fort Worth to learn more about our legendary Texas flavors and dining; breweries and distilleries; historic sites; shopping, and much more.

During your time at TCU, there are some worthwhile sights to see.

See where champions such as Sammy Baugh, LaDainian Tomlinson, and Andy Dalton suited up for the Horned Frogs. Also be sure to check out Founders Plaza and Frog Alley.

A focal point of campus life for four decades, the fountain features four stylized lotus leaves, a motif chosen for its historic association with education. The Fountain was originally placed in front of the Brown-Lupton Student Center in 1969.

Duty. Sacrifice. Commitment. Patriotism. All are timeless ideas that are celebrated on the TCU campus with Veterans Plaza. This beautiful landmark incorporated the existing Memorial Columns and honors all Horned Frogs lost in service to their country going back to WWI. TCU Veterans Plaza also honors the sacrifice and heroism of all Horned Frog veterans and their families.

Located inside Schollmaier Arena near the main entrance, the Justin Hall of Fame holds historic awards and artifacts such as the Heisman Trophy, the 1935 and 1938 National Championship trophies, the Rose Bowl trophies, and other championships and game-used memorabilia across all of TCU&rsquo;s athletic achievements.

Enjoy a self-guided tour of our beautiful 295-acre campus, a Fort Worth landmark since 1911. 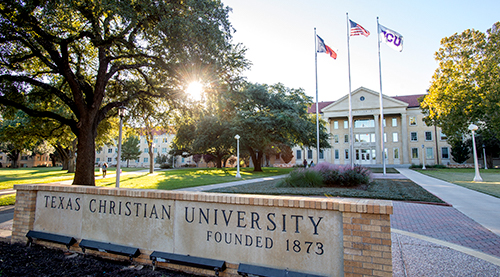 Conference Services will provide guidance on event details and venues.

Register at a Camp at TCU